I AM SMALL AND WE ARE BIG

The rapid rise of China's expanding middle class is a potentially lucrative opportunity for Australian businesses.

But as many are finding out, it is not as simple as just arriving and setting up shop in the world's second-biggest economy.

Businesses have to deal with cultural differences, negotiate with a myriad of Chinese regulators and navigate harsh restrictions on the internet - better known as the Great Firewall of China.

That has opened up an opportunity for Sinorbis, a specialist digital business which is helping Australian entrepreneurs exploit the burgeoning demand from China.

Chief executive Nicolas Chu said China's private consumption is rapidly expanding and there is massive demand for high quality goods and services from countries like Australia.

"Chinese consumers are increasingly looking internationally for premium goods and services and Australia is high on their radar, demonstrated by strong year-on-year increases in search volumes for Australian products," said Mr Chu.

"This is a pivotal time for international businesses to position themselves to meet growing demand from China's new generation of upper-middle class consumers.

A big opportunity - but one fraught with cultural and regulatory issues - is the recent relaxation of the one-child policy in China.

The prospect of middle aged Chinese couples racing to conceive a second child before it is too late is a major challenge for fertility specialist Dr Raewyn Teirney and the Sydney-based company "ConceivePlease".

"It's a great opportunity for my product to get into China, and giving people advice and a one stop kit that will help them conceive naturally," Dr Teirney said.

Dr Teirney is using Sinorbis to develop a culturally sensitive Chinese name for the product and to use focus groups to develop the most sensitive way to market it.

However, Dr Teirney should brace for big cultural and regulatory hurdles, warned tech entrepreneur Leo Coates, who made his first attempt to set up shop in China four years ago.

"It blew me away. I had all the text book study and all the understanding you could have in the world, thinking that business in China should be fairly straightforward," Mr Coates said.

"However I found myself sitting down eating McDonalds on the trade room floor thinking how on earth am I going to do this.

"From the authorities, the complications with the language and the culture, to the pricing structure, I was in an absolute twirl."

Sinorbis has just released a white paper titled "Stoking the Dragon: Unlocking China's New Generation of Digital Consumers", which said China's private consumption is rising rapidly through rapid urbanisation and ecommerce, and will growing by another 50 per cent to $8.6 trillion by 2020. 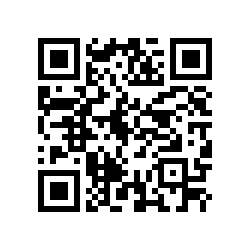