Does economics have the answer for the global problem of plastics pollution?

Part I – Does Economics have the Solution to the Global Problem of Plastics Pollution?

To best answer this question, we must, perhaps, look at possible answers under the following criteria:

1. Can the policy be implemented on a global scale?

2. Does the policy only reduce future consumption, without reversing the effects of past and present consumption, and vice versa?

3. How sustainable is the solution, and does it cause unwanted and unintended negative consequences?

In its most basic form, the problem is external costs(1). We can internalise these by appealing to people’s sentiments, or, as this essay will focus on, appealing to pockets and using price systems to influence market signals. Coase argued that market failures(2) occur because of a lack of sufficient property rights and high transaction costs, which would otherwise lead to a ‘fair’ allocation of resources (Coase, 1960). If we can establish comprehensive property rights in transactions, and reduce transaction costs, we can eliminate the market failure as economic agents will interact with each other to yield a socially optimal level of consumption and production. This is already being used in the form of tradeable  permits(1),such as the EU Emission Trading Scheme. A central authority determines the ‘safe’ maximum level of pollution, issuing permits which limit the amount of pollution that can be produced in an area. Though only currently being used for emissions pollution, such as SO2, a similar system could be established for plastics. Permits force those involved in the transaction to ‘internalise’ the external cost of pollution. Maximising the effect of this solution, requires finding the major sources of plastic pollution. These are:

▼Firms who produce plastic goods and/or use them in their production process, e.g. requiring that firms declare the amount of plastic entering their factories.

▼Consumers who buy products which contain plastic in some form, e.g. issuing permits required to be used when buying products with plastic and tracking the total weight of plastic bought over a given time period.

▼ Commercial fishermen who use plastic equipment e.g. requiring a card which debits plastic usage credits when they buy plastic fishing equipment This would mean that a controlled amount of plastic is both produced and consumed, at a minimal cost to society – this is because permits are: • sold by those who get the least value from them, as using little plastic has a relatively low opportunity cost, and • bought by those who value them the most, reducing the opportunity cost involved in limiting their usage or production of it. Moreover, permits could be issued on a global scale, by an international organisation, such as the UN. Not only do permits directly limit pollution, but they cause economic agents to be more careful in choosing and reusing what they buy. Tradeable permits are sustainable, take direct action against the problem and deliver one solution, sourced in economic theory, to solve the global problem of plastics pollution. A benefit of tradable permits is that their effectiveness has already been proven. Taking Chile as one example of a country which implemented the scheme in 1992 to cut emissions, we can see that from 1997 to 2005, aggregate emissions (kg/day) fell from 2544.79 to 688.51 (Coria and Sterner, 2009). While their use has mainly been focussed on emissions, their success supports implementing them for plastic as well. The key weakness with tradable permits under the original criteria is that they only help reduce future pollution but do nothing to reverse the effects of past pollution.

Alternatively, we could find another solution by using Pigou’s explanation of the problem of externalities. Because external effects are not accounted for in production costs or individual utility functions, they are also not subsequently reflected in product pricing (Pigou, 1933), meaning plastics are too cheap both to make and buy, therefore becoming both over-produced and over-consumed. We could, therefore, consider imposing Pigouvian taxes on plastics. Not only would these reduce the supply of plastics as their production costs become higher, but it would also reduce the quantity of plastics demanded, as consumers move away from pricier plastic-heavy products, e.g. in the packaging. Hence, taxes(2) are a cost-effective way of reducing the quantity of plastics entering the environment. There is, however, a case against the use of taxes to discourage consumption and production of a certain good. In the case of cigarettes, a recent study has suggested that a 100% tax would be needed in order to reduce adult smoking by just 5% (Callison and Kaestner, 2013), indicating that taxes are not always efficient at ensuring an outcome, as they rely on many other factors. The success of a tax specifically on plastic depends on whether the tax makes plastic more expensive than alternatives (which may be difficult given how cheap it currently is) as well as the demand-price elasticity of the product.

A similar policy would simply be to introduce a surcharge(3) on plastic goods (Nilsen, 2010). This idea comes from simple demand economics; increase the price of a good, demand will fall. Additionally, because retailers often give the money to charity, the higher price of the product will not incentivise higher supply, because the retailers are not using the bags to seek profit-maximisation, as neo-classical economics would assume. The model of the supply-curve would no longer function, rather we would just see a horizontal supply curve. Five years after China’s introduction of a surcharge on ultra-thin plastic bags in 2005, it was found that there had already been a reduction of plastic bags used by 67,000,000,000. It is too early to judge the long-term impact of the policy. There is a chance that, in time, the extra cost will be absorbed by consumers, impacting the sustainability of the policy.

Ideas from behavioural economics may solve the problem, specifically that people are averse to losses(4) (Kahneman and Tversky, 1979). Introducing a loss to people who do not recycle, could dramatically increase recycling. If recycling units were put in building entrances around major cities, and in stores, which give a small percentage of the original price of the product back to the consumer if they put their old plastic bottles in the unit, we could incentivise the recycling of plastics. Introducing a private cost to those who do not recycle their plastics, creates a loss of not recycling. Importantly, the money returned must exceed the opportunity cost of collecting it. In Germany this is being used for plastic bottles where 90% are recycled, compared to 57% of plastic bottles in the UK. Through the use of the UN to implement such a strategy on a global scale could be an effective way of combatting the plastic problem.

Part II: What can we therefore conclude?

Taxes and charges on plastics can be effective, but really only in the short-run, as over time, people absorb this extra price. These leaves tradable permits and cash-back systems as two potential solutions to plastic pollution.

▼Looking at the global nature of the policies, cash-back systems require investment into the infrastructure to allow the systems to be put in. Such an investment may not be the most efficient use of money in developing nations, where capital is scarce. With tradable permits, while it can be implemented on a global scale, the bigger question is whether it can be enforced. There are too many companies for all of them to report to the UN, hence national governments must pay a role in moderating and enforcing the permits, something very difficult to do in a developing nation where corruption may be rife.

▼With the temporal scale of the solution, tradable permits are an efficient way of reducing future consumption but do nothing to reverse the effects of previous pollution. While cash-back systems do not necessarily clear up landfill sites, they can impact waste in people’s homes otherwise bound for landfill.

▼Tradable permits have low implementation and enforcement costs meaning that government failure is less likely to occur. Cash-back systems are unlikely to deliver a complete change in cultural attitudes to recycling. However, the maintenance costs of this system are minimal, even if the setup costs are large, supporting sustainability over long periods. One weakness with the system is that if it were to be removed, the effect on recycling in the future is likely to reverse; if people no longer get money back for recycling, they are unlikely to still recycle. Conversely, with tradable permits, the process of not producing or using much plastic among economic agents becomes habitual. Despite their flaws, a combination of the cash-back and tradable permit systems would be an effective economic solution to plastic pollution. Solutions from economic theory which reduce future plastic production and consumption are available to provide part of the solution to the global problem of plastics pollution.

▼Market failure exists whenever a free market, left to its own devices and totally free from any form of government interventions, fails to make the optimum use of scare resources.

▼If someone else not party to the economic decision is affected by that decision. This is known as externality

Third party refers to someone not directly involved in the decision making.

The environment is damaged by the waste gas from the production of a firm which does not compensate for its pollution.

Private costs are those costs involved in an action that accrue to the decision-maker.

Social costs are all the related costs associated with that action.

Social costs are the costs not just to the individual which creates the costs, but to the rest of society as well. It therefore includes all private costs, but may also include other costs.

External costs are differences between private costs and social costs.

l Private costs are those costs involved in an action that accrue to the decision-maker.

l Social costs are all the related costs associated with that action.

Social costs are the costs not just to the individual which creates the costs, but to the rest of society as well. It therefore includes all private costs, but may also include other costs.

2  ‘Government economic policy is based on the idea that people cannot be trusted to choose what is good for them but instead sometimes choose things that are harmful to themselves or detrimental to the environment (or both). T

herefore a free market cannot allocate resources efficiently.’ Do you support this argument? [25]

To grow orange trees most farmers use chemical fertilisers which have contributedto soil erosion and polluted the water supply. Orange trees also require 62.7 litres ofwater to grow one orange. This compares to 15 litres for one tomato and 1.8 litres forone strawberry. In California the use of so much water in orange production during 5 a four-year drought led to a deterioration in soil quality.

(d) With reference to Extract 2, evaluate the external costs associated with the production of oranges. Illustrate your answer with an externalities diagram. ［14］ 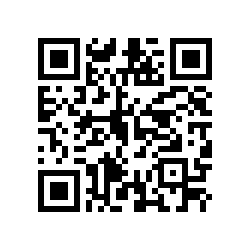