Photographer Justin Dingwall recently collaborated with South African model Moostapha Saidi on a series of images that speak to themes of perspective and of perception. “A Seat at the Table” was informed by Saidi’s experiences living with the skin condition vitiligo, in addition to conversations between the photographer and model. Taken at face value, the images showcase a man with missing skin pigment, but as the South Africa-based photographer explained to Colossal, the ideas and symbolism are more than skin deep.

Brightly colored and stark white sets contrast Moostapha’s dual-toned skin in each of the images. Dingwall uses precious stones and googly eyes as a commentary on the way that Moostapha is objectified by strangers who stare, point, and see him as an other because of the way he looks. “I worked with the old saying ‘a seat at the table’ to represent the idea of an opportunity to be heard, to be seen, to have a voice and an opinion, and in this way to make a difference,” he explains to Colossal. “The images that I have created with Moostapha aim to start conversations about preconceived ideas and perceptions based on appearance, and how what we see affects what we think.”

Dingwall says that during his first collaboration with the aspiring model he learned about his story and about the disease that, at first, was a challenge and later became a source of pride and confidence. “Vitiligo is a topic that I did not know much about and I am always interested to expand my world through my art and learn about something that is not seen as ‘usual,'” Dingwall tells Colossal. “I decided to create a body of work that engages with this topic on a much deeper level, and that raises questions about perspective, as well as how the media and representations subjectively perceive the world and other people.”

Because of his appearance, growing up was difficult for Moostapha, Dingwall says, but things have changed. “Through these challenges he has gained strength and confidence from looking so different. He no longer sees his vitiligo as a hindrance, but as something precious and unique… As in previous bodies of work, I hope in these images to highlight beauty in difference. In these images it is now Moostapha who is staring back at the viewer. Questioning our gaze.”

“A Seat at the Table” has helped Saidi pursue his dream of becoming a model, as he is now signed to one of the top agency’s in South Africa. In 2019 Justin Dingwall plans to create more images in the series, has three new bodies of work planned, and a few upcoming exhibitions in Europe. Follow him on Instagram for future updates and to see more of his photography. 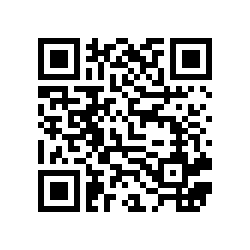