In recent years, under the guidance of the personalized training concept for students philosophy of Zhang Tong, principal of Changchun Experimental High School, director May of International Division, leads all Chinese and foreign teaching staffs to organize a variety of activities, build platforms, through which students capabilities are greatly enhanced. It is hoped that students can cultivate and develop their own interests from learning and their interests will further promote learning. Students will thus find their own strong points and strengthen their self-confidence. The Voice singing competition is a perfect expression of this. Well prepared by all teachers and students, the forth Voice singing competition was kicked off at 2 p.m., November 30, 2018 with the witness of all teachers, students, and parents.

At the beginning of the activity, video played on the screen showed the expectation of the teachers for the contestants and players gained a lot of confidence. This was followed by another video, recording the whole process of singing competition,  from mass selection, semi-finals to finals, from which the singers’ singing strength is shown.

Then, Principal Chad delivered a speech. He hoped that contestants need not care the results too much and they should enjoy the process of singing and they are brave to stand on the stage.

In line with the principle of fairness, publicity, and justice The Discipline Inspection Department of Student Council, asked  the contestants to draw lots to decide the order of the first round.

The voice finals are divided into two rounds. In the first round, eight contestants sang with their partners, and the judges scored each one in turn. The scoring method is to remove the highest score and lowest score respectively and take the average score of the remaining scores. The top three groups with the highest scores will compete for the championship.

This was followed by the singing of three guests. The first was Vera from Class B, Grade 11, who sang a French song. French is a new course offered by International Division this semester, Students learn French, understand Western Culture and increase language skills. The second guest, Richel, is a professional singer, Her English song is cheerful and melodious and the atmosphere is active. The third guests are foreign teachers of International Division, Maria and Val, who sang with guitar playing. Everyone enjoyed a lot from that. They eased the tension for the finalists and made the scene more lively.

The performance from Matthew was gorgeous and gave a relax for candidates. The atmosphere was eased , and then the atmosphere reached a peak with the final coming.

Finally, the most exciting final came to a close. Jessie was the winner. Alex and Jane took the second and third place respectively. Chad and guests Richel, Cherryl and Rose awarded them with trophies, certificates of merit and flowers. Congratulations to the three students who have won the top three places in the competition! Congratulations!

Thanks to the voice of the contestants to bring us a shock of auditory enjoyment. Thanks to all the members of the English group, as well as the teachers and students who worked hard and arranged for this activity in front of the stage and behind the scenes.

Thank you all for providing students such an important platform to show themselves and exercise themselves. Hope the students learn more things in the competition, enjoy the whole process.

Let’s look forward to the next voice activity! 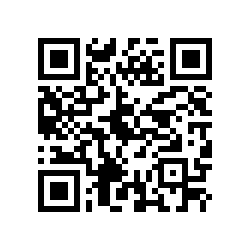