In his keynote speech, Consul-General Christopher Lim (pictured below) highlighted the milestones in our relationship with southwest China over the past year, and looked forward to closer cooperation this year.

The winner of our lucky draw (below, second from right) won return flights for themselves and a friend from Chengdu to Melbourne sponsored by Sichuan Airlines, as well as a pair of tickets to the 2020 Australian Open Men’s Final sponsored by Tennis Australia.

We would like to thank our supporters for the event, including AustCham West China, Luzhou Laojiao, Grand Hyatt Chengdu, Morish Wines, Jingong Wines, and 31 Jiu.

“For Australians, it’s a day when we celebrate our achievements as a nation - but equally important, it’s a day to get together with friends and families to enjoy each other’s company and the great Australian lifestyle. In Australia - where it is currently the height of summer -  this often means a barbeque outdoors, perhaps a cool glass of Australian wine or beer, and sport - kicking the football around with friends at a park; cricket on the beach with strangers; a game of tennis with your neighbours; or possibly a round of golf with some overseas visitors. A love of sport - not just watching, but also getting out and participating in sport with others - is an important part of the Australian character. It reflects the value we place on openness and friendliness”.

On 11 January 2019, AustCham West China held their Annual General Meeting (pictured above). Members elected to the 2019 board were:

We would like to thank outgoing Acting Chairman Henry He and the 2018 board for their hard work this year.

Trade and Investment Commissioner Tim White (pictured above) attended the second Australia-China Science, Technology, Commercialisation and Innovation Forum in Chongqing 21-23 January. White addressed a group of more than 50 delegates on Australia’s efforts to match our research capabilities with China’s expertise in commercialisation. Attendees included leading researchers from Australia and China who are developing next-generation health, energy and engineering technologies.

“Bordering Myanmar, Laos and Vietnam, Yunnan feels at first to be a blend of China and Southeast Asia, but it is much more than that. The province is home to 25 of the 56 officially recognised ethnic groups in China; these groups have lived for centuries in the mountainous terrain which runs across the borders between China and its neighbours. To this day, many ethnic Dai, Yi, Bai and other groups still have close relatives in neighbouring countries who come and go often”.

With support from the Australia-China Council, Power Footy will roll out across Sichuan from March 2019, building momentum before Port Adelaide Football Club plays St Kilda Football Club for premiership points on 2 June 2019 in Shanghai. 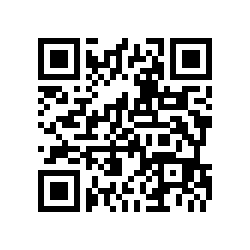